The Preucil School offers instrument lessons for violin, viola, cello, bass, piano, harp, flute and voice for students age 5 and older.  Lessons for “Pre-Twinkler” students ages 3 and 4 are available in a twice-weekly group lesson approach. The Suzuki philosophy serves as the basis for all instruction, both for beginning students and those transferring to the program in later states of development. 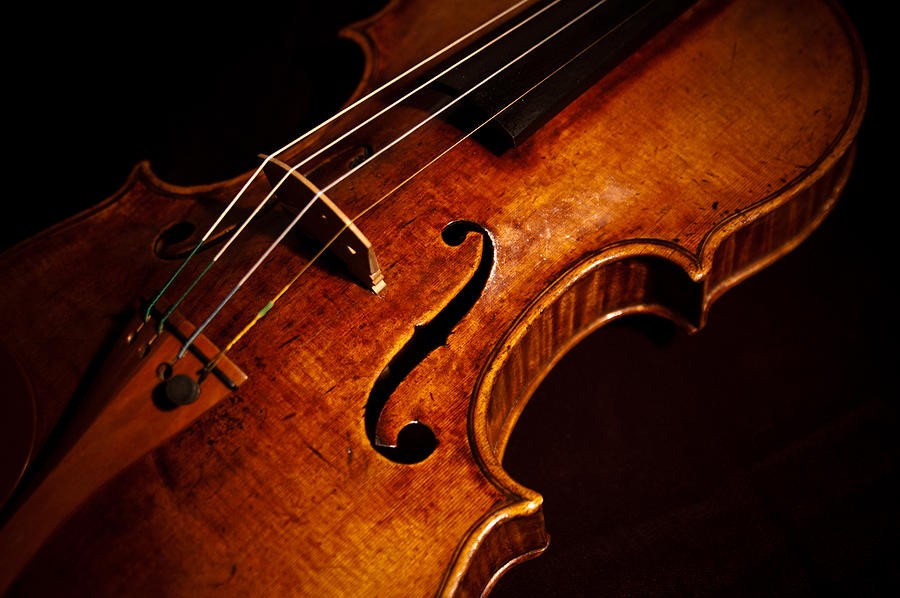 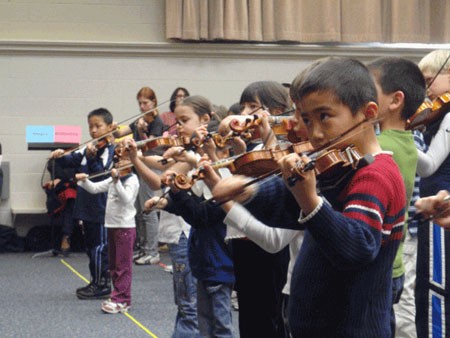 Group performance classes meet weekly to work on technical skill development, repertoire review, and musical style in a motivational setting. Students are placed in a class according to ability level at the beginning of the school year, and remain in this class throughout the year. Group classes give the student the opportunity to work with various teachers at the School since the teacher of the group class may not be the child’s regular lesson teacher. Parents are encouraged to attend as observers to observe their child’s participation, behavior and preparedness; they may also be able to learn ideas from teachers to try in the home practice setting. Observers (including siblings) are expected to be respectful of the lesson underway.

Group classes of a single instrument are combined for a “play-in” on occasional Fridays. Play-ins give students at various levels of advancement the experience of playing together in a large group. They also serve as rehearsals for outreach performances and the annual concert in Hancher Auditorium. 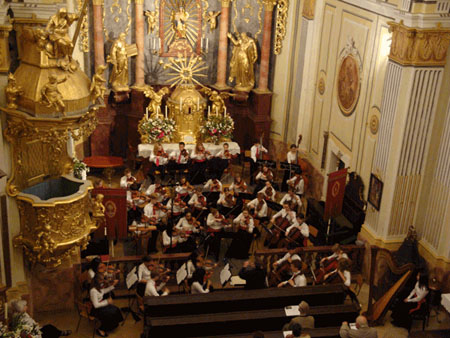 An essential companion to a student’s weekly lesson, the orchestra program at the Preucil School expands lesson-developed technical, reading, and musical skills. Orchestras are divided into age- and ability-appropriate groups; students join or move to the next level upon teacher recommendation when specific skill requirements are met. Orchestra training culminates in membership in the Preucil School String Orchestra (PSSO).

The orchestra experience provided by the Preucil School serves to motivate students as it provides further musical experience and fellowship, and is an integral part of our comprehensive training. All students are urged to take part from the time note reading is introduced. As they advance, most Preucil students also participate in their junior and senior high school orchestras.

For beginning readers in grades 1-3. This non-performing group is the earliest reading group for violins, violas and cellos. Unison playing, basic applied theory, sight singing, study of composers and the orchestra are all parts of the curriculum.

For grades 8-9. Goals are to continue developing orchestral skills, with technical fluency and speed in the first three positions, in multiple flat and sharp keys, complex rhythms and careful dynamics.

The most advanced of the Preucil School’s five training orchestras, PSSO numbers 75 students age 13 to 18. It has performed extensively in the midwestern United States and been featured at international teacher conferences and on public television. In 1991, on a tour of Germany, Czechoslovakia, Hungary, and Austria, the orchestra won the first prize for String Orchestra at the Vienna International Festival for Music and Youth. On succeeding concert tours, the orchestra has traveled to England in 1994, Germany in 1997, Italy in 2001, the Czech Republic, Hungary and Austria in 2005, returned to Austria in 2009, China in 2013, and the Baltics in 2017. 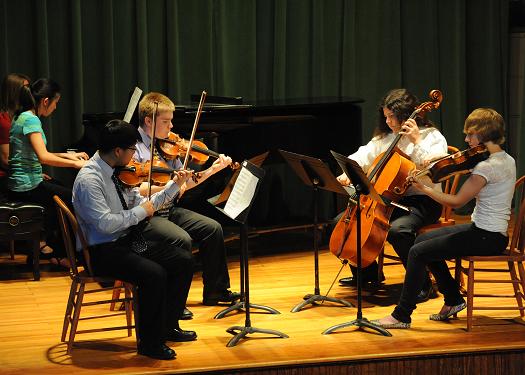 Chamber music is a form of classical music written for a small group of instruments that can be performed in a palace chamber or other intimate setting. Ensembles range in size from two to eight, typically without solo performance, one performer to a part.

The Preucil School offers many chamber opportunities, each allowing students the opportunity for music and social collaboration.

The Early Chamber Music Experience provides young players with their first chamber playing experience. The 6-week program of 45-minute coaching sessions concludes with an informal performance by each ensemble.

Preucil faculty member Ute Brandenburg said it well: “I have found that the added responsibility and ownership that comes with being part of a chamber ensemble gives students no choice but to rise up to the occasion. Being masters of their own experience is a thrilling, new concept usually leaving the student asking for more.”

The Summer Chamber Fest is a week-long program of daily chamber music coachings, Dalcroze Eurhythmics, Voice Exploration, music theory/history, chamber practice and master classes with guest clinicians and Preucil faculty. String students participate in a chamber orchestra and piano students are scheduled for an early keyboard class. Violinists may take the “Viola for Violinists Class,” exploring the viola, its clef and the instrument in general. A final concert caps off the week.

Entrance requirements are the same as the Winter Chamber Program. Funding for the chamber offerings is made possible through a grant from the Amateur Chamber Music Players (ACMP) Network. High school piano and string students who wish to focus on chamber music may choose the partial day program which includes chamber coachings, master class performance and the final performance. High school violin students may also enroll in the “Viola for Violinists Class.”

The Winter Chamber Program is a 10-week chamber program that runs during second semester, February to mid-April. Each chamber group receives one coaching per week, 30 minutes for duets or 45 minutes for trios, quartets or quintets. All groups perform in the final Winter Chamber Recital.

Preucil School students in grades 3-12 who have completed Book 3 and two reading books are eligible to enroll, as are adults who play at the intermediate level or above. Funding of the chamber offerings is made possible through a grant from the Amateur Chamber Music Players (ACMP) Network.

The Established Ensembles Program includes string quartets and trios that meet on a regular basis during the academic year. These ensembles study chamber music in depth, have the opportunity to perform for guest artist master classes and participate in the school’s Outreach Program.

Outreach quartets serve as ambassadors of the school, performing for community meetings, university events, weddings/parties and other area special events. Each quartet member pays one-fourth of the hourly tuition fee. Groups or individuals who would like to have quartet music for a special event are invited to call the school to check on availability and fees.