Parents and Members, Please Read all the Below Information Carefully

Because of concerns about poor attendance, late arrivals, early departures, and lack of individual preparation, the following Membership and Attendance Policies have been established. These policies are similar to those of area youth orchestras that also rehearse outside of school hours.

A successful orchestra is like a team, and all players need to be doing their part. Parents, you have played an important role in your children’s musical achievements, and we ask your help in reminding them what this teamwork involves and assuring that they take seriously their part in upholding the PSSO’s long reputation for quality and professionalism.

A parent’s orchestra payment and signature on the registration contract, along with your child’s signature on the PSSO Student Agreement Form indicates your agreement to abide by the PSSO Attendance and Membership Policies and the Rehearsal Expectations.

2016-17 is the year of preparation for The Baltics Tour scheduled for June 18-27, 2017. It is a good time to build, with renewed commitment to excellence by all. PSSO membership in both 2015-16 and 2016-17 makes students eligible for available grant money, a nice reward for their work. Students who are new to the orchestra in 2016 are eligile for 2/3 of the grant awarded 2-year orchestra members. 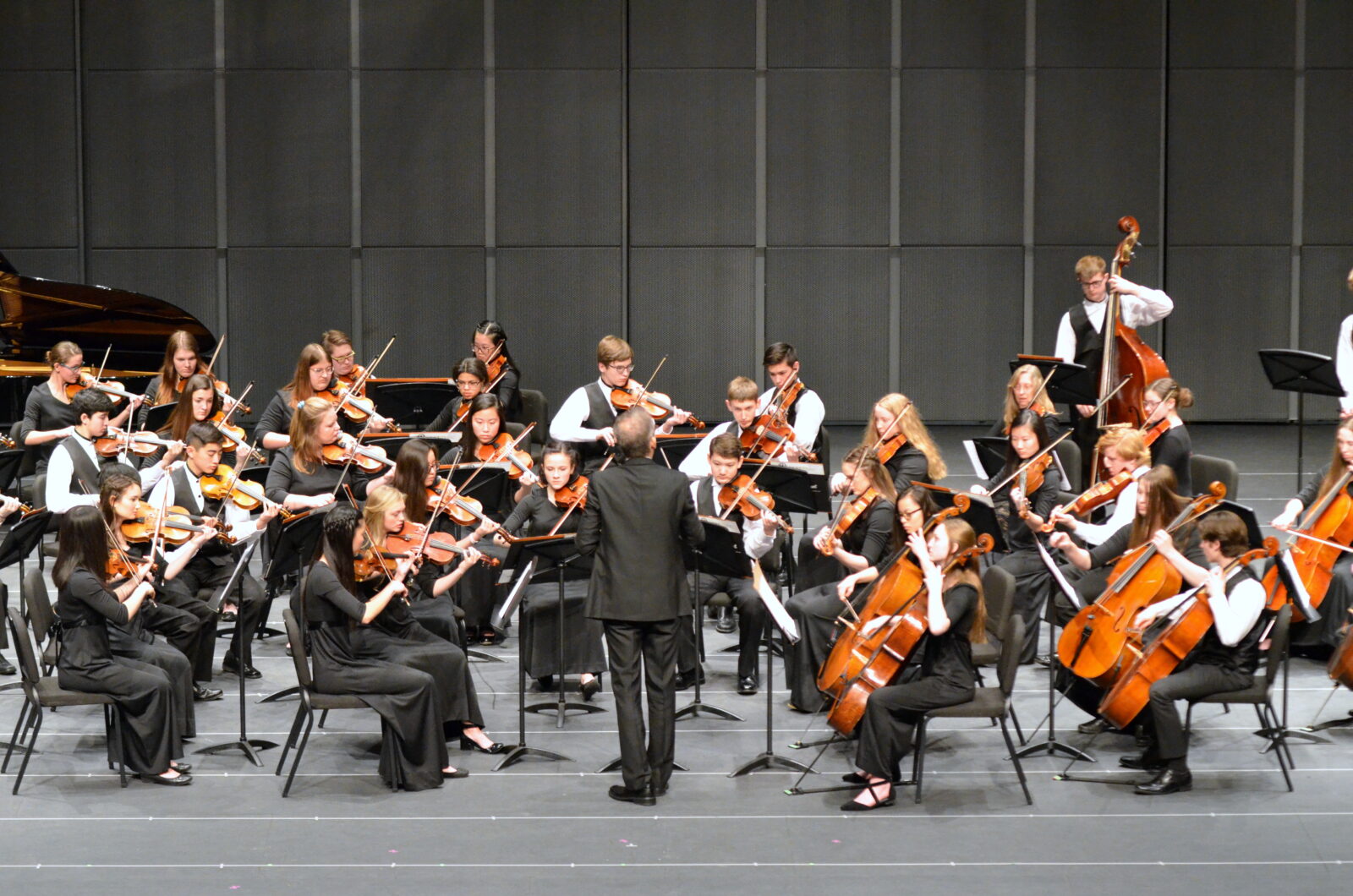 Membership in the Preucil School String Orchestra is both a privilege and a responsibility. Attendance is required at all rehearsals, sectionals and concerts.

5. Absences due to illness or emergencies are to be called in to the North Campus Office, 319-248-1248, followed with submitting a signed Excused Absence Form at the next rehearsal or on the Preucil School website.

6. Members of the PSSO are expected to be dedicated musicians who will not try to “find” excuses to be absent. Abuse of the attendance policy or lack of musical preparation may require the Conductor and the Director of the School to re-evaluate the player�s seating or continued membership in the orchestra.

Members of the PSSO understand and appreciate the responsibility this opportunity carries. The orchestra only achieves success through the collective contribution of all its members.

Registration: Parent’s signature and payment at registration, along with a signed PSSO Student Agreement Form, verifies parent and student have read and agree to the student expectations in the areas of membership, attendance and rehearsals.

Welcome to the start of the 2016-17 year and Preucil School String Orchestra season! We are looking forward to a great year and would like to share a few of our plans with you.

This year students will be seated in two orchestras, starting Monday, November 7. There will be only one season which will run from the first rehearsal in November to the the March Orchestra Festival. There will be two concerts in the Winter season.

Professor Anthony Arnone will again be the PSSO conductor, and he is looking forward to working with Preucil students on the music that has been programmed for the year. In order for this group to reach its potential, there are certain student expectations in the areas of attendance, membership, and rehearsals that all participants need to understand and agree to prior to registering. Please read Attendance Policy carefully!

Membership in the Preucil School String Orchestra (PSSO) is open to all qualified Preucil School of Music students through recommendation by their teacher.

Note: 2016-17 Fall Registration is Saturday, August 20th – 9:00 a.m. – 1:00 p.m. at the Main Campus. Parents and students: be sure to have read and discussed all orchestra materials prior to registration and bring your student’s signed Agreement Form.

We have much to be proud of at the Preucil School of Music, but it takes everyone to create and maintain quality. Thank you for helping to make this a successful season for the PSSO!

Click for a master schedule for PSSO and all related Monday groups. Refer to it for specific dates and times. Any changes will be announced at rehearsals, posted at both buildings, sent by email and/or post card and posted on the school’s Facebook page and website.

What is expected of you before rehearsals:

What to bring to rehearsals:

What is expected of you at rehearsals (and concerts):

Registration: Parent’s signature and payment at registration, along with a signed PSSO Student Agreement Form, verifies parent and student have read and agree to the student expectations in the areas of membership, attendance and rehearsals.