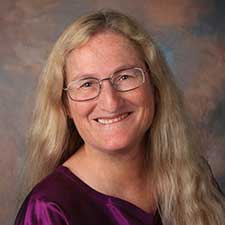 Jeanette received her BA in Music from the University of California at San Diego where she studied with Bertram Turetzky. She received an MA in Bass Performance at the University of Iowa under the direction of Diana Gannett in May 2000. She has also studied with Ed Barker, principal bass of the Boston Symphony, Klaus Trumph in Munich, Germany and is now studying with Volkan Orhon at the University of Iowa. She performs with Orchestra Iowa, the Waterloo-Cedar Falls Symphony, and occasionally with the Quad Cities Symphony. She is also on the faculty of Kirkwood Community College, and enjoys playing with her band “Brace for Blast”  which can best be described as “eclectic neo-hardcore rock.”