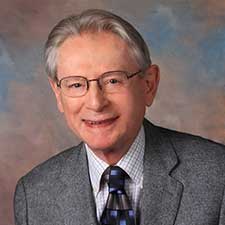 William is a graduate of the Eastman School of Music, former principal violist of the Detroit Symphony Orchestra, a founding member of the Stradivari Quartet, and is Emeritus Professor at the University of Iowa, where he received its annual M.L. Huit Award for Teaching Excellence in 1992. He is the recording artist for the method books of the Suzuki Viola School, and has served as Chair of the Board of Directors of the Suzuki Association of the Americas, vice-president of the International Suzuki Association, and vice-president of the American Viola Society, which gave him its Creative Achievement Award in 2008. He is also the recipient of the American String Teachers Association 2009 Artist Teacher Award. An SAA registered Teacher-Trainer, Mr. Preucil has performed concerts and taught classes in more than thirty-five countries on six continents.