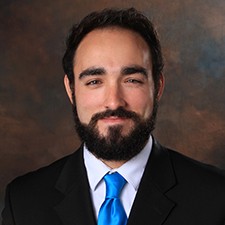 Joshua began studying the violin at five years of age after being inspired by his first teacher, Rachael Harding Claus, a member of the Detroit Symphony Orchestra. He grew up studying with members of several prestigious orchestras including the associate concertmaster of the Detroit Symphony Orchestra and others including the Nashville, Alabama and Iris Orchestras.  Joshua has played in master classes for well-known violinists such as Almita Vamos, Shmuel Ashkenazi, Gerardo Ribeiro and Frank Almond.  An avid chamber musician, Joshua has performed concerts at Ball State University, Vanderbilt University, and the Gerhart Chamber Festival among others, and advanced to the live rounds of the Fischoff National Chamber Music Competition as a member of the Palazzolo Trio.  Joshua has also collaborated extensively with new music and early music ensembles, performing with University of Memphis based Colligium Musicum, the Contemporary Chamber Players with Dr. Kamran Ince, also in Memphis, and the University of Iowa’s Center for New Music.  A pre-college honor student at the Blair School of Music, Joshua holds a B.M in Violin Performance from the University of Memphis and an M.A. in violin from the University of Iowa.  Joshua is currently the teaching assistant to the violin studio of Dr. Scott Conklin at the University of Iowa pursuing a D.M.A in Violin.  Joshua has performed with the Memphis Symphony Orchestra and the Dubuque Symphony Orchestra among others, and is currently a tenured member of the violin section with Cedar Rapids Iowa based Orchestra Iowa. Joshua is happily married to his harpist wife Kimberly.