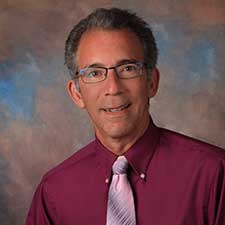 Anthony Arnone is conductor of the Preucil School String Orchestra (PSSO). He is also the Assistant Professor of Cello at The University of Iowa School of Music. A native of Honolulu, Mr. Arnone received his Bachelor of Music degree from the New England Conservatory of Music where he studied with Colin Carr. He left graduate studies with Bonnie Hampton at the San Francisco Conservatory to accept a position with the Orchestré Philharmonique de Nice, France, where he remained for two years, continuing his studies with Paul and Maude Tortelier. He later returned to the United States to complete his master’s degree in conducting at Wichita State University.

Before coming to the University of Iowa, Mr. Arnone was principal cellist of the Madison Symphony, and taught at Ripon College in Wisconsin. He has also taught and performed at the Madeline Island Music Camp, Eastern Music Festival, the Stonybrook Music Camp, the Spoleto Festival in Charleston, SC. and the Festival Dei Due Mondi in Spoleto, Italy where he was co-principal cellist for seven years.